The Temple of the Heart is the most ancient structure on Ōban. It shelters the spirits of the Creators, the first people of the galaxy. The enormous courtyard in front of the building is called the Arena of the Heart. The arena was where the Creators waged the final battle that destroyed their civilization, and it is still haunted by dark spirits.

The Temple of the Heart is first shown in Secret Like Sul, when Canaletto takes Sul out of the race. Canaletto uses the symbols on the floor of the arena to create a trans-dimensional portal, dragging Sul in and removing him from the race permanently.

In Revelations, Molly and Jordan find themselves at the Temple of the Heart in their quest to get back to the Avatar’s temple. While crossing the Arena of the Heart they experience hallucinations that disappear at sunset. As soon as darkness falls, they are immediately surrounded by evil spirits. They are saved when they reach the stairs to the Temple; a magic barrier prevents the spirits from following them. Inside the Temple, Molly and Jordan encounter the spirits of the Creators and learn the mysteries of Ōban; the birth of the galaxy, the real purpose of the Great Race of Ōban, and the true nature of the Ultimate Prize. After the Creators fall dormant again, a magic portal in the room takes Molly and Jordan back to the Flying Temple.

The Arena of the Heart becomes a battleground again in Unlikely Alliances. Aikka learns from Satis that the Temple of the Heart is the second location where the winner of the race can claim the Ultimate Prize. Molly, Jordan and Aikka go there to stop Canaletto from taking it, and are joined by O along the way. When they arrive at the Temple, the two stone giants at the entrance come to life and attack them, but O bravely sacrifices himself in battle so that Molly and the boys can enter. In the next episode, The Moment Of Truth, the final confrontation with Canaletto takes place entirely within the Temple of the Heart. 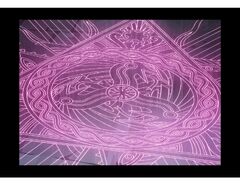 Magic symbols of the Arena. 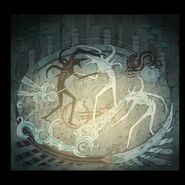 Mural inside the Temple. 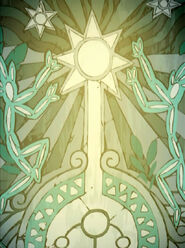 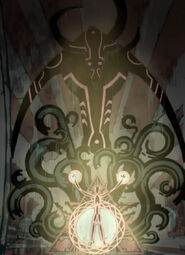 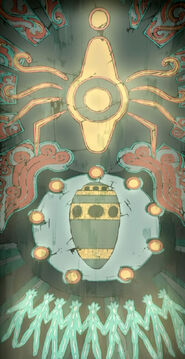 Add a photo to this gallery
Retrieved from "https://oban.fandom.com/wiki/Temple_of_the_Heart?oldid=4729"
Community content is available under CC-BY-SA unless otherwise noted.